Worldwide shipping has been affected by Covid. Please read our shipping page before you place an order. 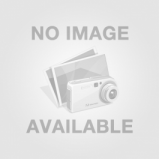 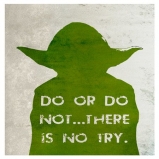 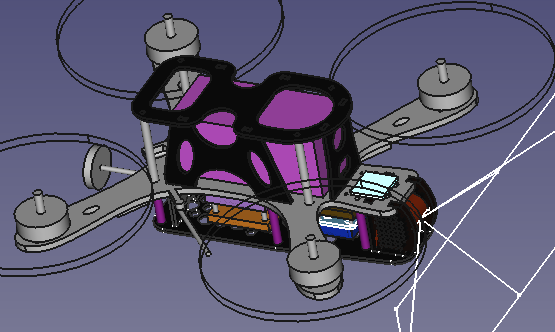 Canopy accepts 40*40*100 batteries (even a bit bigger/longer, there are margins). Careful when building: the sideplates are not symmetrical front/back, even if they seem so.

The backplate has many SMA holes, the camera plates have many M2 to adapt to any Micro size camera (20mm between plates)

With no hardware (only carbon), the weight comes at 115g without canopy, 145g total. The full prototype ready to fly weights 670g with a 2300mAh battery, including HD recording GPS, and some mud&dirt!

Of course, I don't provide any support (nor Armattan). Know what you're doing if you buy, thank you. I will of course answer questions, but not complaints.

Freestyle True-X  Frame, made to protect components and take beatings usually found in a freestyle pratice of FPV (dives, concrete...)

Motor wires and ESC protected from propellers, which also makes a less "blocked" airflow under the propellers

Frame geometry is designed to capture HD footage from Split Mini2 with no props in view. Edit after Field testing: the Split has a very wide angle, you'll have to choose between protecting the lens and have frame in view, or reverse. The grid of M2 holes let you adjust as you prefer.

Camera plates are 4mm to keep the lens protected and take beatings.

Mainplate inculdes RX antennas fixing points, with 90° angle, again protected from the propellers and crashes (use tubes or heatskrink/zipties)

The frame is design to have easy Turtle mode: if you crash upside down, you have a higher chance to take off in reverse mode.

There's a nice place just above the camera for a GPS if that's your thing, you could remove the canopy protection and fix a long battery for long ranging.

The FPV antenna also has attachement point (the small triangle) at the rear to keep it away from propeller. A relative short antenna will be kept fairly crashproof.

Openhardware, I let you download the design files. I used FreeCAD to make this frame, kudos to this team (donate to them if you feel so). Take the files and do want you want, but publish your files too, at least on RC groups, or better here.

The price is pure production one, no margin for me. I just included standoffs because their size is mandatory for all the pieces to fit together.

This frame has been tested for 6 months now. I just had to 'open' one of the SMA holes some µm (just sanding tools), cause it was too tight for the VTX connector to go in. It will also need some sanding where you will decide to put your straps and possibly in the holes for the motor wires. I have two straps: one in the middle tied to mainplate (maintaining left/right), one at the rear of the canopy.

I used the specs of Split Mini2 to design the frame, but the lens actually have a wider FOV. The M2 grid lets you make your choice between protection and amount of frame in the HD FOV.

I'm not a propilot but believe me I took several hard crashes & falls. The lens survived full-front crashes in a football (soccer) goal. The camera cage still has the white paint from the crash, but the carbon is so good quality that it keeps no traces. threadlocking the canopy screws will be a good idea since it's so exposed during crashes and has mechanical leverage. The GPS positioning is also validated. The upside/down postion is validated, I can take off easily (3D mode) from 'ont the back' position.

My 4 batteries are all just as new from an integrity standpoint, they suffered no 'crushing' or 'pointing' from any crash. I plan to make some 'envelope' with 3D-printing so that I can just rack them in the canopy from the rear and get rid of the middle strap.

In the end, this frame reimbursed itself quite easily since every 2 batteries you save, you pay a frame. 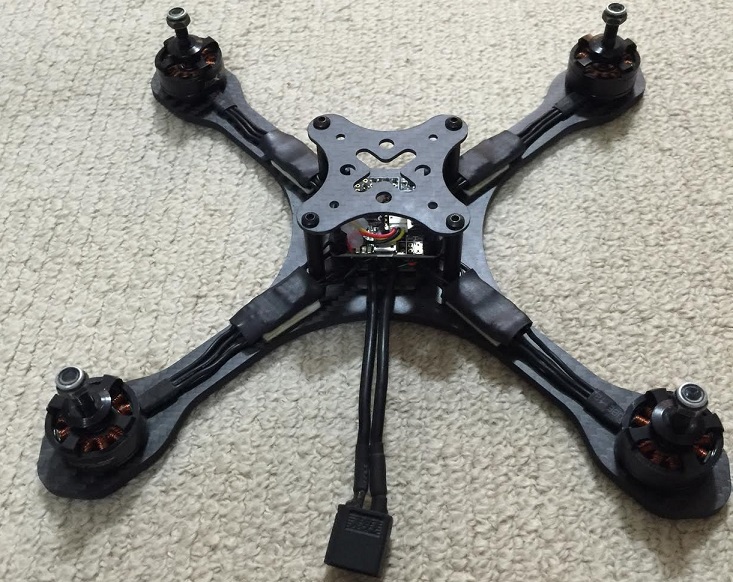 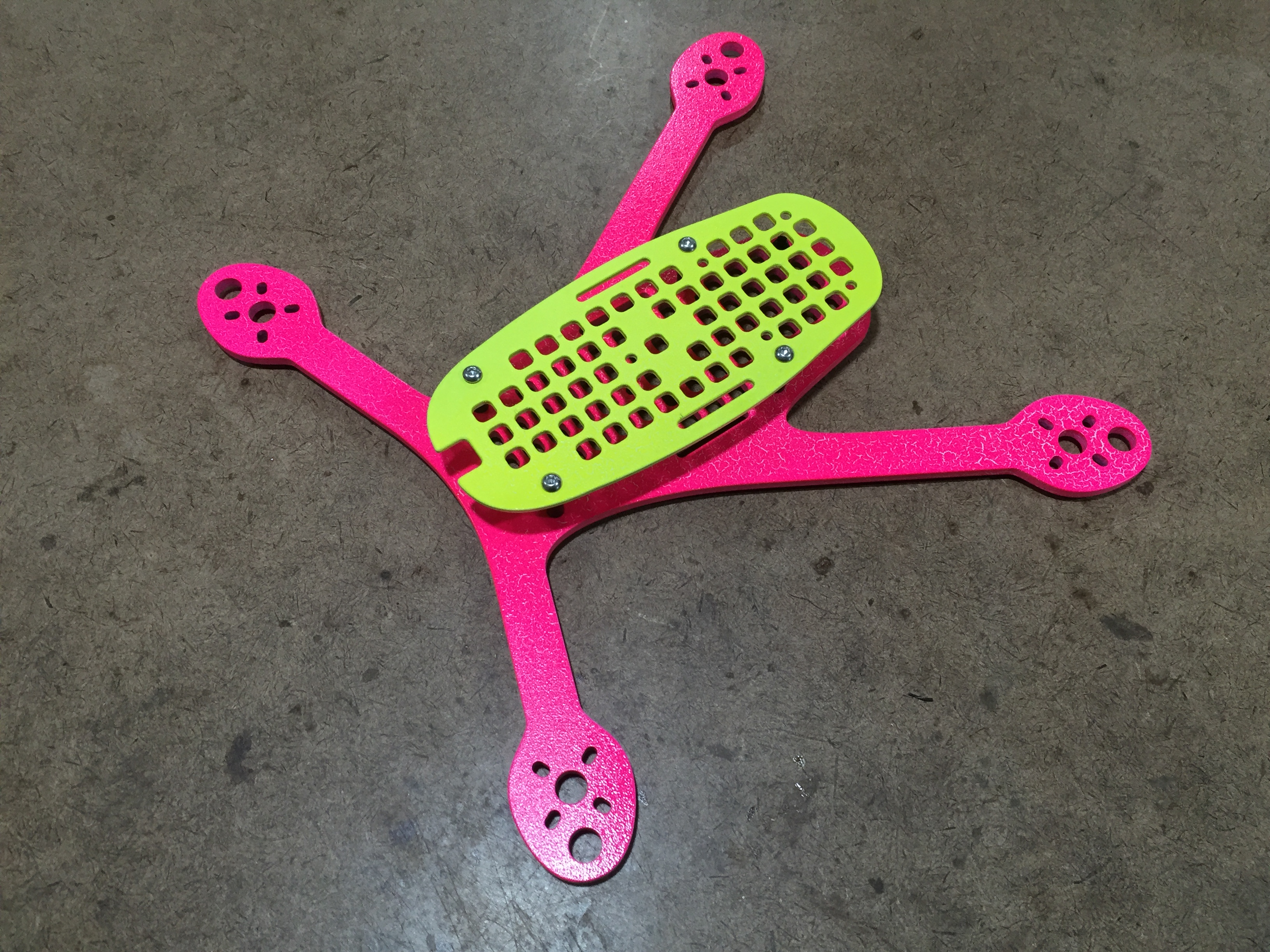 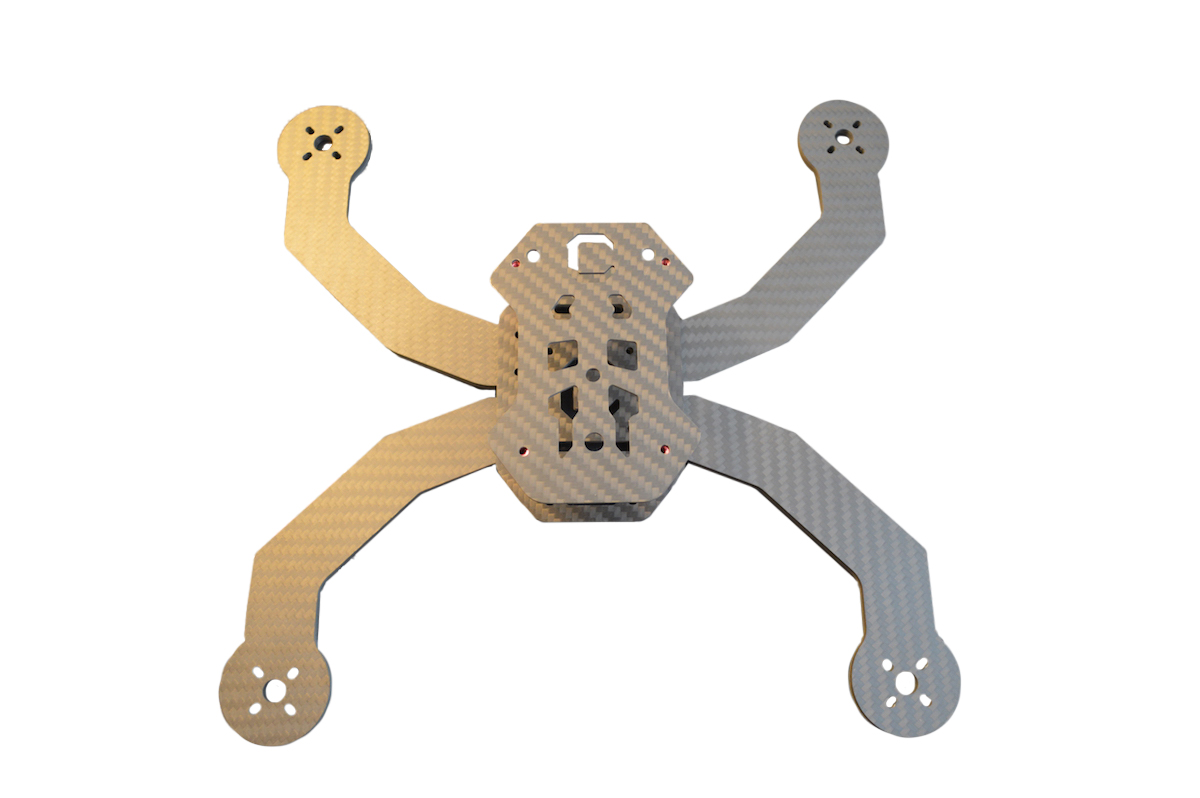